My Psychedelic Zeppelin Year in Review

I am ending this year in a way that is uncharacteristic of me. Most years, definitely the last several, I am happy to let the old year go and welcome a new one in with all of its promise of better things to come. This December 31st I am sad and sorry to let 2019 go. Nineteen was very, very good to me. Coming after a stretch of years that hadn't been that memorable 2019 was more than the proverbial breath of fresh air. It was a colorful zeppelin filled with hydrogen and helium buzzing across a big blue sky. With gratitude I'll share here the highlights of my year. 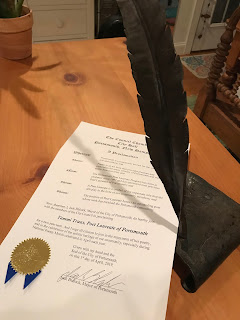 In April two big accomplishments happened simultaneously; I was named Portsmouth Poet Laureate and my first traditionally published book came out. Though I'd been working towards both of those for years there was never any assurance either would ever happen and both felt surprising when they did. It was made more meaningful that my daughter was there when the mayor passed the quill to me, and that several friends came to my book launch. Once in a lifetime events I will never forget that really should be shared with loved ones. 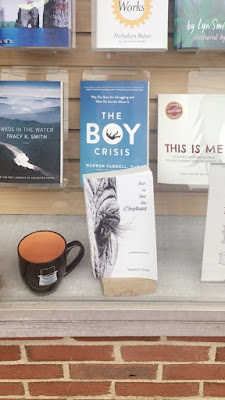 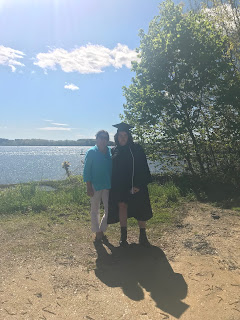 It has been fun to give readings at bookstores and libraries throughout New England. It was thrilling to have Peter Biello of NHPR come to my home to interview me, and when For to See the Elephant was chosen as Book of the Week in July by the Director of the Center for the Book at the New Hampshire State Library.

In August, after more years than I care to cop to, I received my Master of Education degree. That had required not only all of my spare time, but was a great expense that was terrifying to take on. The fact that I couldn't support myself with only a Bachelor's degree and decades of valuable experience became the impetus to achieve a goal I had put on hold several times while raising my children. I didn't attend the ceremony because it was more thrilling to me to watch my daughter receive her Bachelor's degree with honors.

September brought a road trip to Connecticut to attend the International Beat Poetry Festival. I couldn't make it the year before when I was officially named the Beat Poet Laureate of Maine, and was determined to make it in 2019. It was a wonderful event and I made so many new friends from all over the world. 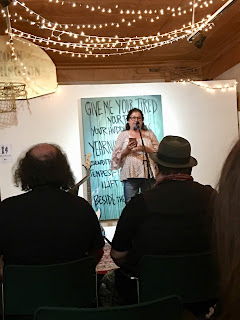 On my birthday in October came a great gift. I still can't believe it really happened. I was offered and signed a two-book deal for the historical novel for adults I spent more than a decade working on. Sometimes, many times, that felt like a goal I would never achieve. I can't tell you how many rejections I received because I lost count. Signing with Oghma Creative Media, a firm I feel really compatible with, resulted in a weight of worry lifted from me. It just floated off and is now keeping the zeppelin aloft.

Just a couple of weeks before the end of the year I was offered the job I've been working toward for so long. I am now a school teacher/librarian! That may not sound as exciting as it is to me. I really didn't think that would happen until well into 2020, and while it isn't a permanent position it will undoubtedly help me to find one. 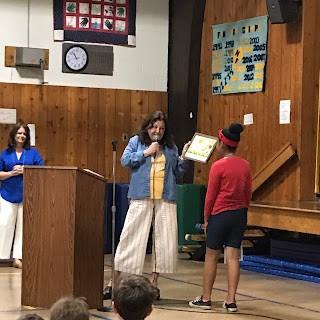 Here I am proclaiming a student poet laureate to share my title with me.

I am incredibly thankful for all of these gifts. I want others to know that some years, even stretches of years, are all about the struggle to get the damn blimp airborne, and that those stretches can feel like you're getting no where. Working so hard while staying stuck in the same position, with lots of false starts. Please know that eventually there will come a year when she will rise, and someday a spectacular year when she just might nestle into a nice warm air stream and ride high.