On Mother's Day my friend Erine Leigh (the tenth Portsmouth Poet Laureate) and I took a little road trip to attend the closing day of the estate sale at Eagle Pond Farm in Wilmot, New Hampshire, the long time home of Donald Hall and Jane Kenyon. Both of us had wanted to and discussed making this trip before he had passed, but we never got it done. There was a sadness in that, of course, and there was some sadness in being among the hordes of people trodding through his beloved home and ransacking his stuff, but we were both glad we took the trip.
Oddly enough, there was some reverence to it; imagining them both there, touching the items that the heirs and auction house thought unimportant but that the poets themselves couldn't part with. There were poems at every turn; in the teacups in old pantry cupboards, in the walking stick I found still propped near an old back door, in the cherub tacked over the kitchen sink's window (which came home with me). That is what Eagle Pond Farm was; a farm where the harvest was not so much livestock or vegetables or even flowers, but of poems, and seldom has the harvest been so bountiful at any farm anywhere.
Below I share some of my photos from our field trip. 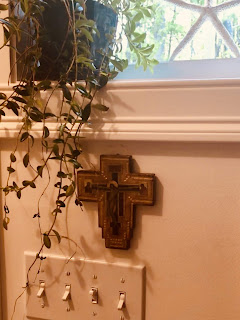 And again in my foyer. It is beautiful, made in Florence.

You can see it better in the pic below. The cherub was

hanging over their kitchen sink window. I placed

it above the little window you see on the right.

I love both of these mementos so much. 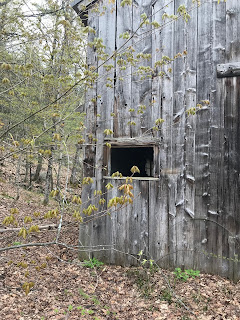 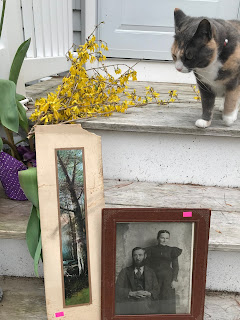 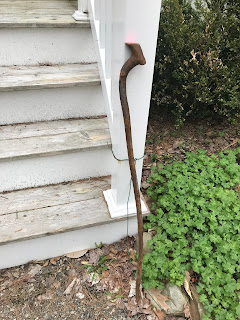 Two pictures I bought. Of course, I have no idea who the people are, but they make an excelllent poetry prompt.

We stole some forsythia branches, and after a week of enjoying them at the table hope to root them
and establish them in the yard. 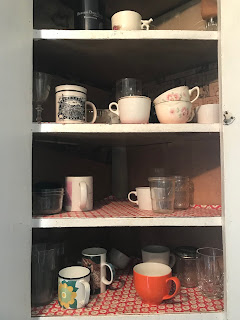 from In Several Colors

Every morning, cup of coffee
in hand, I look out at the mountain.
Ordinarily, it's blue, but today
it's the color of an eggplant. 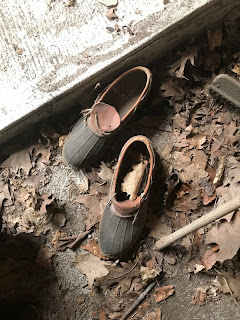 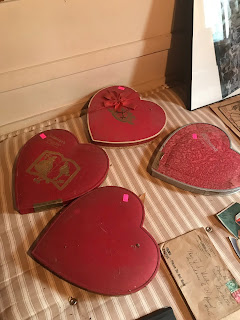 The shoes above, left by a mudroom door, seemed to have been undisturbed by any of the scavengers.
Also touching, maybe heart breaking, was this collection of empty valentine chocolate boxes someone couldn't part with. Now strewn across an old mattress and marked for sale. 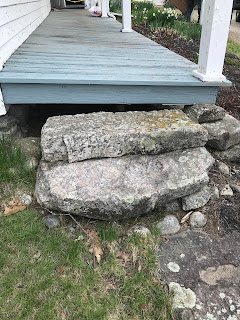 I sat on the door rock for a spell.
What tales this porch could tell.

Beside the porch step
the crocus prepares an exaltation
of purple, but for the moment
holds its tongue. . . . 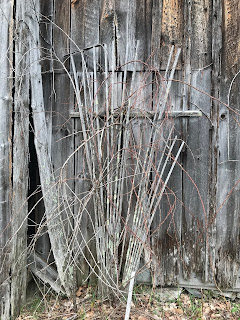 An old rose garden
weathering away
in silence. 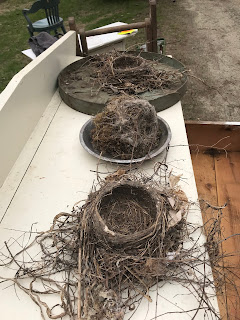 Who was the birds' nest collector? 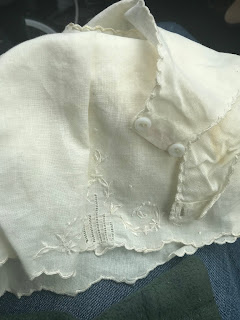 Erine found this precious baby pinafore.
So many poems tucked away with it.

This month I was five days late,
but now the blood comes in a rush.
Let everything fall where it will. 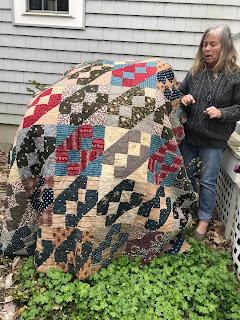 The mouse pulls batting
from a hundred year old quilt.
She chewed a hole in a blue star
to get it, and now she thrives....
Now is her time to thrive.


When cleaned and repaired this quilt will color my couch.
It is inscribed on one square,
"Freeman - Aunt Lucy" 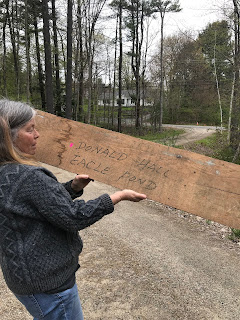 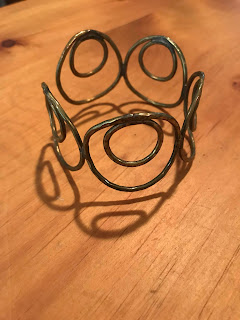 All of Jane's personal possessions were long gone, but I found this bracelet tossed aside as if unimportant. I will wear it to poetry readings. 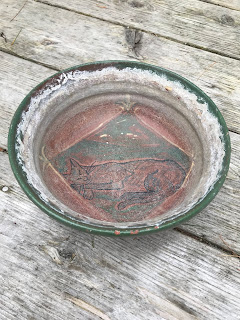 Knowing how dear cats were to the Eagle Pond occupants
I couldn't resist bringing this beautiful, well used cat bowl
home for my kitty to drink from. 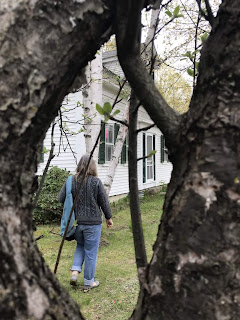 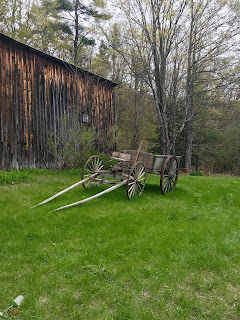 "... and in May they planted potatoes, turnips, and cabbages,
while apple blossoms bloomed and fell,
while bees woke up, starting to make new honey,
and geese squawked in the barnyard, dropping feathers as soft as clouds."


And so we let evening come to the farm.