What Was Supposed To Be

This afternoon I was supposed to be in New Hartford, Connecticut being officially named the Maine Beat Poet Laureate for 2018-2020. I really wanted to be there, mostly to meet the many others traveling from all over the world for the National Beat Poetry Festival. As is so often the case for me, life just didn't cooperate with my plans.

Had I made it to the festival I was going to read a poem I wrote just for the event. I knew it would be accepted there, that the content would not be questioned.  It won't come off well in print. It is a poem meant to be read aloud. A poem that took decades to come out. A poem that had been hidden in the dark. I'll post it below, if only so that it is finally in the light. 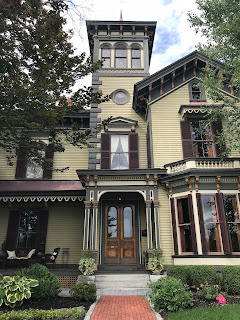 It appeared on my Facebook feed.
A photo and a writeup of things
I didn’t know.
It is an Italianate villa, circa 1867.
It is selling for just under one mill.
It has had only four owners.
And one of them was 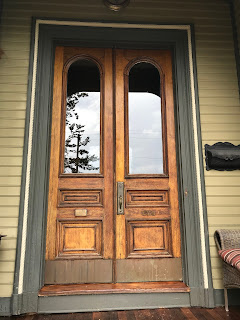 my first molester.
There was a virtual tour
of some 27 pictures
of gorgeous rooms
impeccably decorated
with expertly curated antiques.
But no photos of the attic where
the pedophile music teacher
brought me
and stood me
in a sea of empty violin cases
and lay upon me his big ugly hands
with nails grown long for plucking.
And I thought since I had not yet even
breast buds it could not be sexual
having never been taught
such monsters are among us 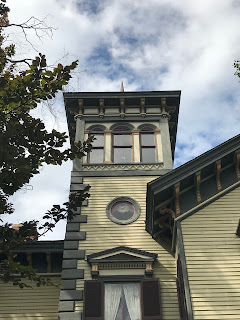 or that
my body is my own
or that
I could say no to an adult, a man.
So I let him play me like a violin.
And set me up for decades
of letting my defiled self
be mistreated repeatedly.
And as with that rich white man
I would protect each and every one
from the consequences they deserved.
Until at last, my last,
one was elected to defile my democracy.
And I said at last
fuck silence
and I climbed down from the attic
screaming Me Too and Times Up
and vote like the God damned lives
of your daughters depend on it.