Jonesing for a little less McConaughey

Last night I went to see Free State of Jones (directed by Gary Ross who also wrote the screen play). I had been looking forward to seeing it, and went expecting to like it, because I tend to love period drama, especially when it is about American history. I also went knowing it was getting some criticism for being yet another white savior film. I kept that in mind throughout my viewing of the film.
No question - Matthew McConaughey definitely portrays real life figure Newton Knight as a white savior. I left the film, fairly satisfied with the overall movie experience, thinking that whether or not the criticism is fair could only be determined by knowing how accurate the portrayal of the real man actually is. Was Knight a savior?
So as is my way, I've been doing some morning after research. Conclusion - most definitely a white savior film.
Knight was an unusual and controversial man while alive and accounts of his life are too. They are also highly contradictory depending on who was doing the telling over the years. He did lead the rebellion and did present a declaration of independence to General Sherman. Definitely was a ballsy guy. His personal life, though, sounds a lot shadier than the pious gentleman portrayed in the film. He fathered many children with his white wife Serena, and with Rachel, his love interest in the film, and the two women were not likely to have had the very amiable sister-wife relationship the movie implied they did. There is at least one allegation that he also had children by one of Rachel's children. It all sounds like a cult figure who was trying to establish a kingdom while playing, quite deliberately, with the color of his creations. Seriously, icky.
In what I admit was very limited research my conclusion is that there were real saviors in the story of the Free Jones State. And they were the women. Black, white and mixed race women, both free and enslaved, who kept the men of the rebellion alive with their heroic acts of bravery, sacrifice, and risk, in both helping them survive in hiding and in keeping the failing Mississippi farms going by themselves.
What a different film this would have been if Rachel had been portrayed as the primary hero, and Newt was the secondary character. The movie does give her some credit, and she is brilliantly portrayed, by Gugu Mbatha-Raw, as a strong and kind woman but she too is shown as being saved by Knight in a number of ways.
I would have loved to see the stories of the women explored more fully, and more fairly. Newt and his men could not have done what they did without them.
Having spent the last five years writing the story of a self-emancipated black woman I do understand how hard it is to do so accurately because of the lack of recorded information about their lives, but that doesn't mean it can't be done. And we all know the real reason Hollywood keeps making movies with a white male savior. It is because they think that white audiences require the trope. They think this for a reason, they want to make money. I don't think it is true for all white viewers. I know I want accuracy, but based on the number of white people I heard say they refused to see Twelve Years a Slave, (citing violence as if they never watch films with violence) showed me this really is a problem for many. Still I can't imagine anyone seeing this film that wouldn't agree McConaughey dominated the screen to excess, but that is just my take. I do concede that the battle scenes, pertinent to Knight's story, are the least interesting part of the story to me, and that effects my assessment.
Newt's final actions may tell us that he thought Rachel something of a hero too, as he did chose to be buried beside her when mixed race burials were not allowed. She had died much earlier at age 49, by some reports from bearing too many babies, one every two years from the age of thirteen. 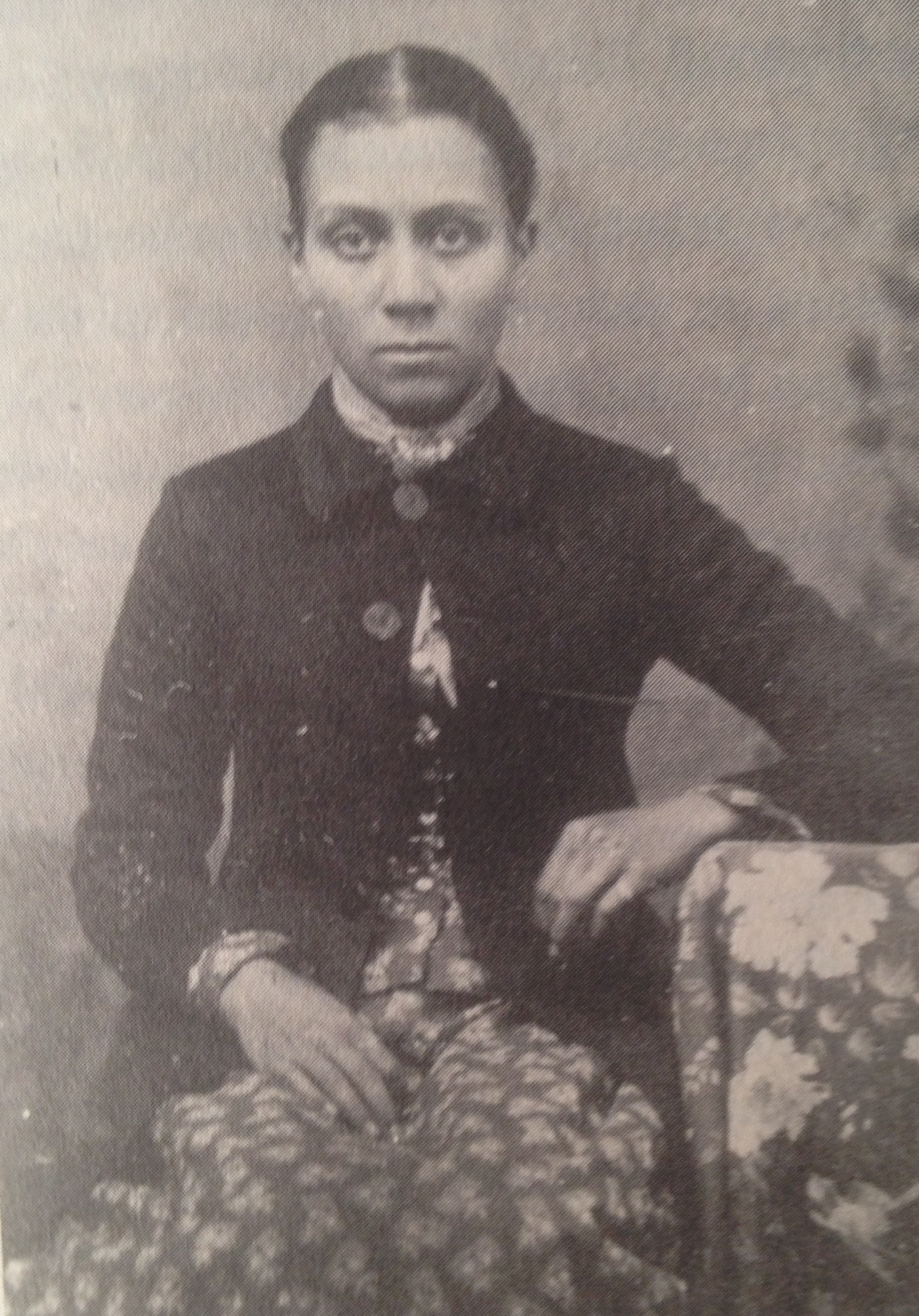 There is no proof but many believe this image to be the woman known as Rachel Knight.


Here is something from the Smithsonian with the official trailer for the movie: