Reports from my beta readers are still rolling in and I am pleased to report that the feedback is by far mostly positive and encouraging. I gave a talk about the book this week and three people stepped forward to volunteer to be beta readers without being asked. They are just that interested in the story!
Below is beta reader feedback that I think is most unusual. A poem! It was written by the current Poet Laureate of Portsmouth, New Hampshire (where much of my novel takes place), Katherine Leigh. She has left it untitled and says it is dedicated to me, and to George Washington.


We have made colossal mistakes in structuring
The world, with no respect for the obvious,
That all is here to be shared, not taken by force.
No brilliant idea for commerce is greater than kindness.
No amount of money makes up for lost integrity.
How do we forgive ourselves the crime of slavery?
Transform our emotions to a prism of empathy
Released from a prison of cultivated ignorance?

How did Washington, born to a culture depending on slavery,
See the totality of its harm, while others thought necessity?
What helps our brains notice greater truths over daily
Habitual falsities reflected by common greedy ways?
Why do the masses of abused not trample their abusers?
Is it the shock of witnessed cruelty that prevents them?
Those that flee are condemned, hunted, their families tortured.
Like stressed animals who know not which road to take,
Though glutted on their slave-supported lifestyles,
The public was lead by the General, by their President,
To perceive by degrees what is fair and constitutional,
To re-examine a set of beliefs hollow and convenient
For justifying an otherwise obvious crime against humanity.
To accept the equality of people whose skin colors alone
Made up their diversity. Washington was popular,
He was careful. He was most advanced in his thinking.
He was elected?, appointed, pleaded with to accept leadership.
He knew the burden of far-sightedness and took responsibility.

Even now, have we learned to honor mental diversity,
In ourselves and in others, that which makes us
Different can make us whole? Can we identify and be the full
Extent of our inborn uniqueness, admire skin color,
Emulate race and culture, acquire exposure to ideas that differ
From our own, find ways to blend? It’s a good solid mandate,


And, apparently one requiring championship that has no end. 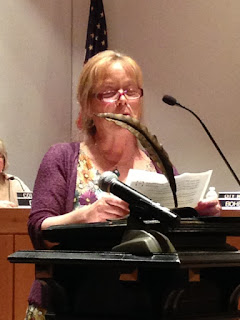