The Wizard of Uz: Pay no attention to the man behind the curtain...

"There's a storm blowing up. A whopper."

The tin man stood there, overheating in the ever warming climate of his armor, and spat in a rusty voice, as facts binged off his tin like limp bullets, “I just don’t care. I just don’t care about other stuff, and don’t bother me with facts and stats. I care about one thing. Oil. Fill my can. Mine. Lubricate me. I don’t really care about you and what you need. Unless, I fall down. Then I need you to help me get back on my feet. But once I’m up, get the hell out of my way. I need to fill my can.” 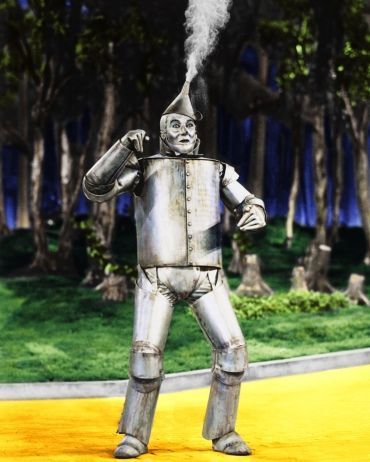 The scarecrow watched all of this. He had been watching for a while. He scratched his head, which happened to be crawling with bugs, all competing for space. “I don’t know what to believe. Every crow’s caw sounds so angry, and convincing. Some of them seem sinister. Some of them seem sophisticated. Some of them seem to care about me, and my relentless plight here in the cornfield. I'm obsolete, making a feeble attempt at getting something done. I get confused, and I ramble, and nonsense comes out of my mouth. I feel empty inside, and itchy for something new and different. Something needs to change. I’m not sure of anything. I can’t do anything. I’m stuck on this pole.”

Dorothy gathered all of the men, pieced them together, shored them up. It is scary for a woman to travel alone, and befriending strange men is a risk too, but she had been on other brick roads before and thought these ones might not grab her and laugh about it later on a bus. She is even more frightened by the winged monkey types. The ones she knows mean her harm. The ones who might tear her to pieces.

She'd fall in line with these sad, broken men, and skip off to a new place, an emerald city where everything is shiny and sparkly and bad stuff is hidden behind big walls. She assures the broken guys, “You don’t have to get along with your sister there, you can just melt her and take her house. There is a guy there, the great and powerful Wizard of Uz, he says he can fix everything, he can fix us! And only he can do it. No one else. He is a tremendous man and his emerald empire proves that.” She doesn’t share what she is really thinking …  I suppose his promises are magical, and maybe I know he is hiding behind his tweet machine, and even a silly little dog could pull the curtain back to see him for what he really is, I just want to get in the balloon, inflated with his hot air, and float up - and back - to that homey place  - that I think I remember, 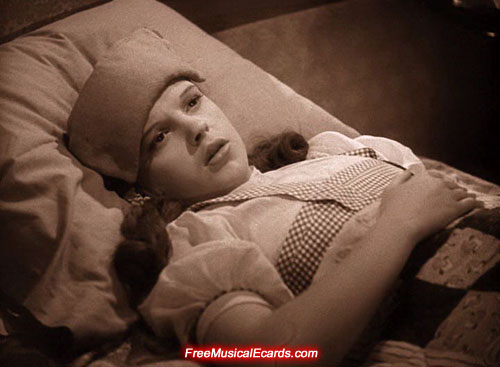