His name was William

So much excitement at my house this weekend! I had been doing final edits to a manuscript soon to be published. My first traditionally published book, a YA historical novel in verse. That is exciting, but not what I have been carrying on about. When I get like this, so excited I can barely function, the only thing I can do is write. So please let me explain...

The book is the final culmination of what began as a NaNoWriMo project several years ago. It is the story of the first two elephants to come to America (in succession), and while I did extensive research there was remarkably little material to work with. What is known for certain is that the first elephant came here in 1796 by way of a ship called the America owned by Captain Crowninshield of Salem, Massachusetts and then the elephant went on a walking tour of the infant nation.

There exists no real information about how that went down; and I often asked

who was the elephant's keeper?
When a person was referenced it was always the relatively wealthy white male owner, but knowing the history of our country at that time I decided that the correct thing to do was imagine the keeper as an enslaved man. Though my story is fictional I felt that imagining an enslaved keeper was important to accuracy and authenticity. The contributions, often the existance, of black people in America at that time was largely omitted from the historical record. I had no proof, so I knew I was going out on a limb, but I was committed to it. Walking on limbs is what much of my writing requires of me. 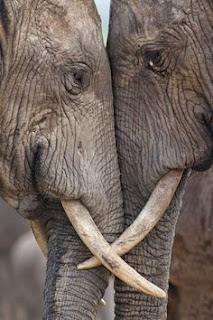 This weekend I discovered, just before the book is to be sent to press, that there is proof. I was right. The elephant keeper was indeed an enslaved man and his name was William. I happened upon a scholarly work called For a Short Time Only: Itinerants and the Resurgence of Popular Culture in America (University of Massachusetts Press, 2016) by Peter Benes who is affiliated with Historic Deerfield. He found mention, in one Providence paper in 1797 to "...William, the black man attending the elephant." (page 147)

That may seem like a little thing, but to me it is elephantine. The name William means "determined protector". That could not be more perfect for my character. Today I will delete the name I made up for the elephant keeper. His name was, and always shall be, William.
Posted by Tameri T. at 10:04 AM

Email ThisBlogThis!Share to TwitterShare to FacebookShare to Pinterest
Labels: #amrevising, elephants in America, For to See the Elephant, Peter Benes