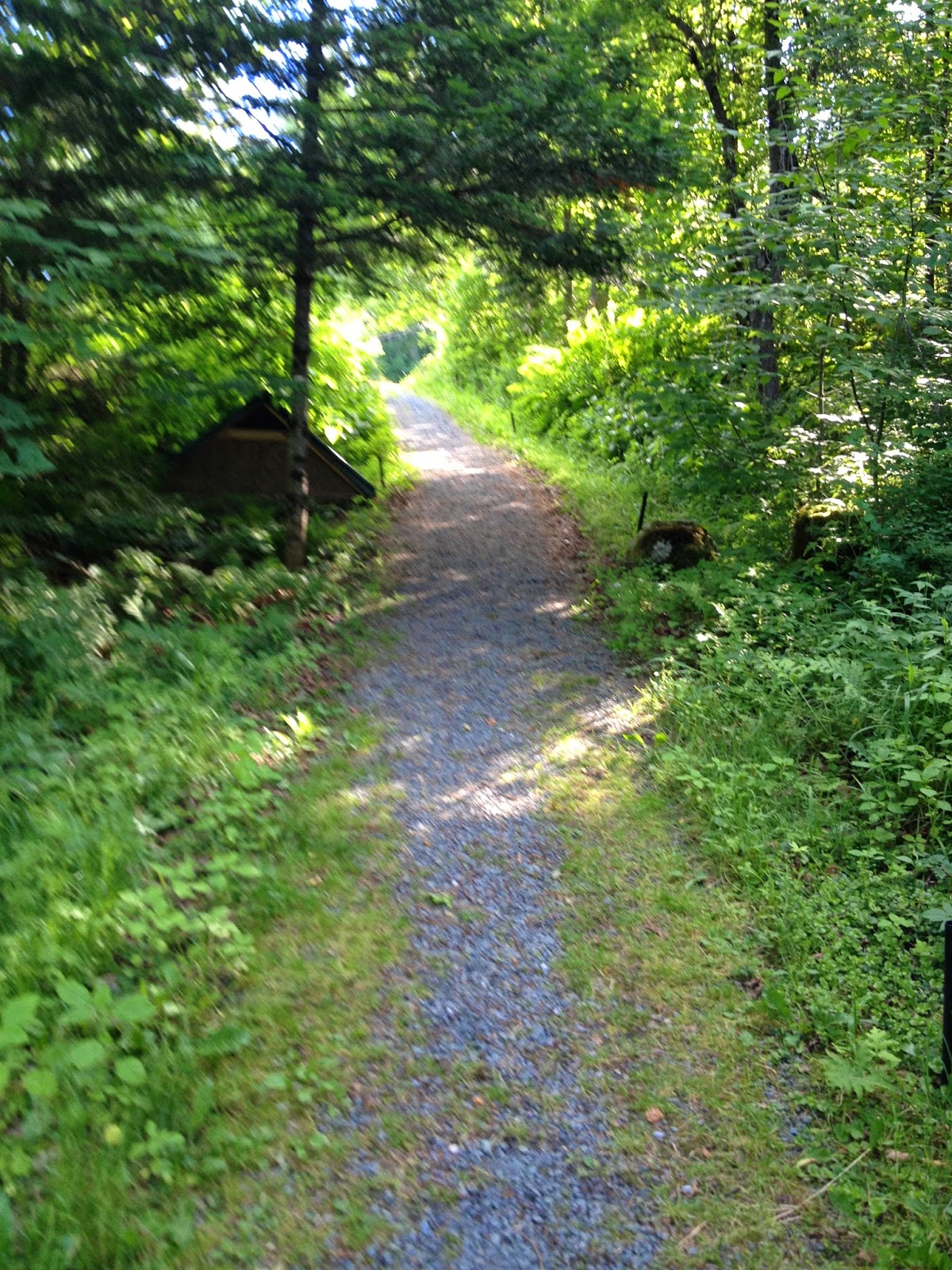 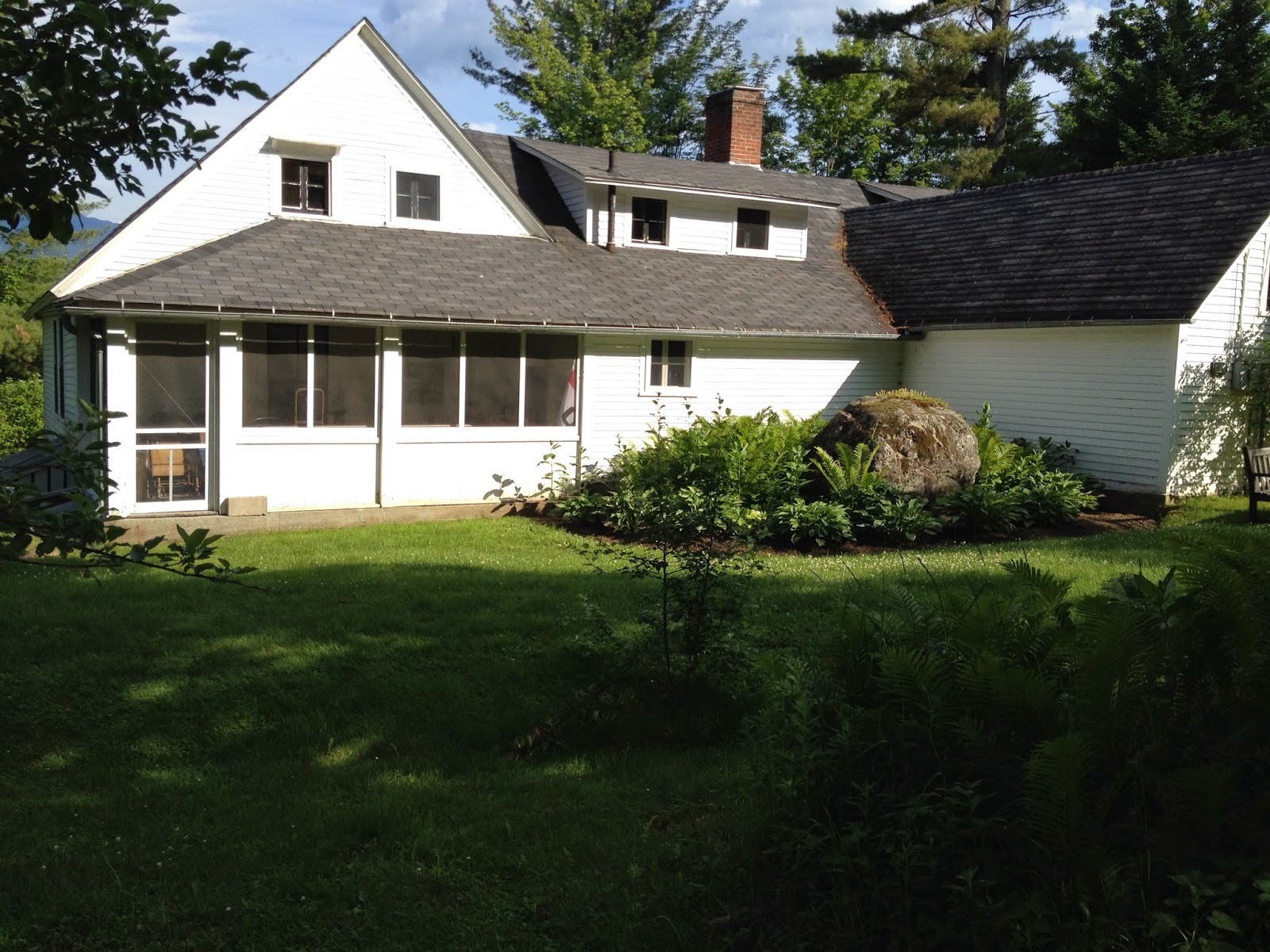 I honestly didn't realize what an honor it was going to be to read my poetry at The Frost Place. Of course, I was thrilled to be asked, and jumped at the chance immediately, but I really didn't realize how it would feel to be there, to stand at the podium in the poetry barn, to walk the paths that Frost walked, to see his view of Mount Lafayette from his front porch swatting at the descendants of the same summer bugs that darted about him, to enter his house, see the Morris chair he sat in, and discover he used a homemade lap desk, so seriously Yankee. I imagine everyone would be charmed by this, but a poet and history enthusiast country girl from New Hampshire, is charmed to the core by this kind of stuff. 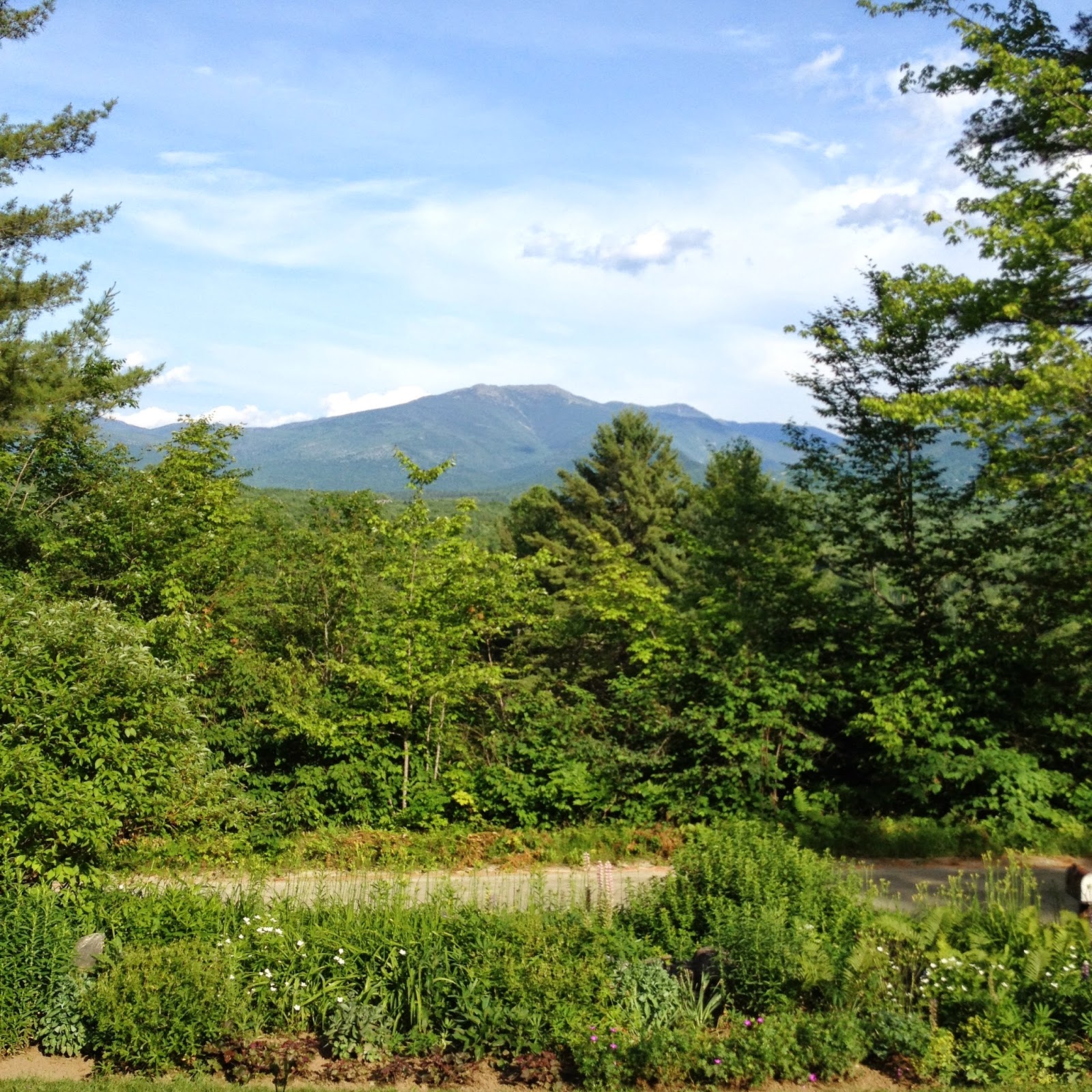 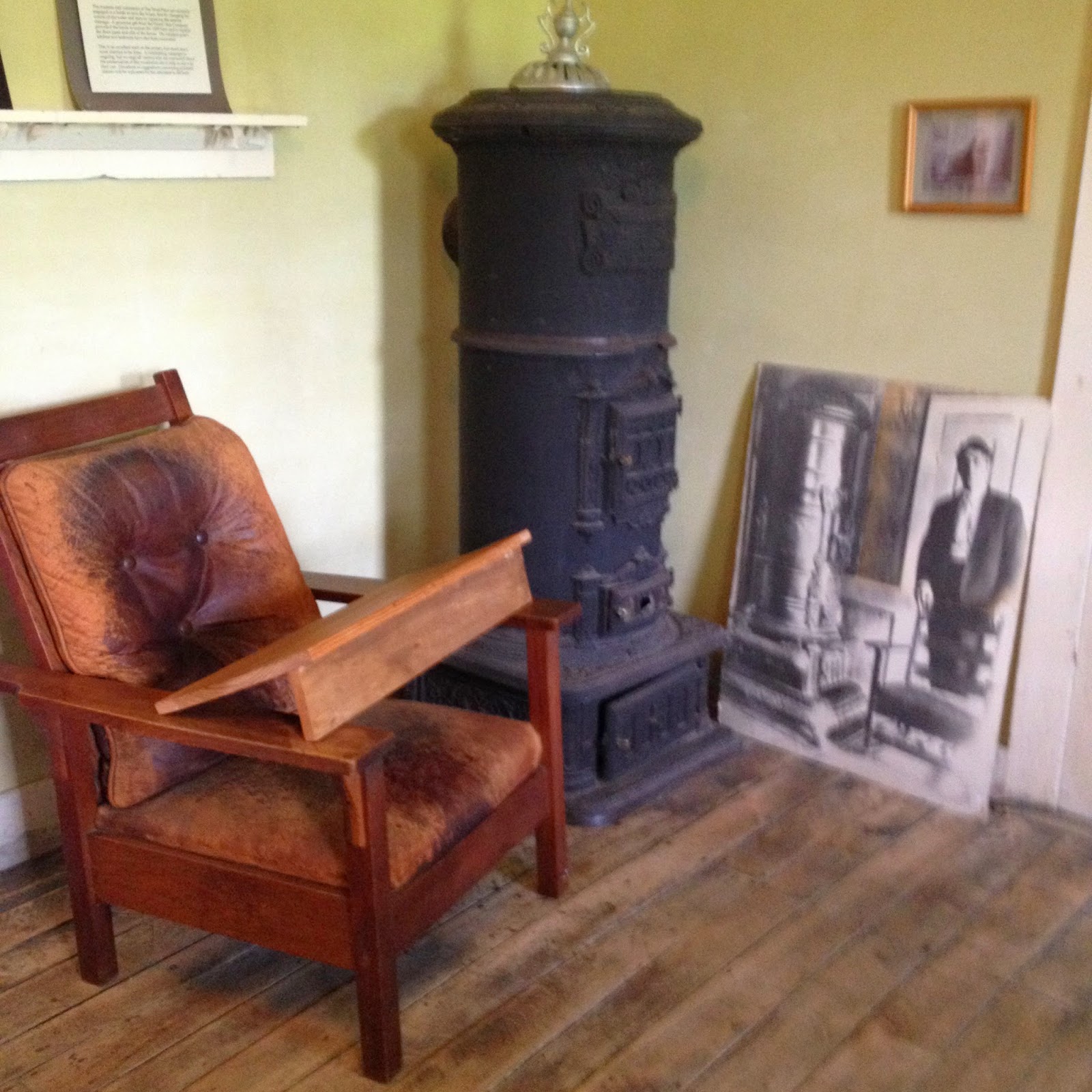 Most of all, I didn't know how thoughts of my own father would be so overwhelming throughout my visit. Definitely did not see that coming at all.
I underestimated the distance from my new home to the house in Franconia, which of course is an uphill climb all the way into the White Mountains. So I didn't have as much time to meander about the museum as I would have liked, but still got to have a pretty good look around the house and yard, where just a few other poets were also quietly poking about. Though New Hampshire is my home state I had never been to the property before, and was a bit surprised at how remote it was. Up a dirt road, still a large and lovely wooded lot all these years later.
You come upon the house, after parking, by way of a pretty back yard path that takes you to what I call the poetry barn, a small old outbuilding now used for poetry readings and book sales. The staff unlocked the house for us and let us go inside without a docent, (tours are provided during normal operating hours). This really was a country offering none of the amenities that summer travelers look for nowadays, and the house remains as rustic as it was then. I was told that Frost bought it for the view of Mt Lafayette which is understandable, and that he and his wife were looking for something that would help them with allergies when they came upon it. I’m guessing that that worked fairly well for them since they lived there year round for five years and summered there for twenty. Countless poems were inspired by the setting, and penned in this place. 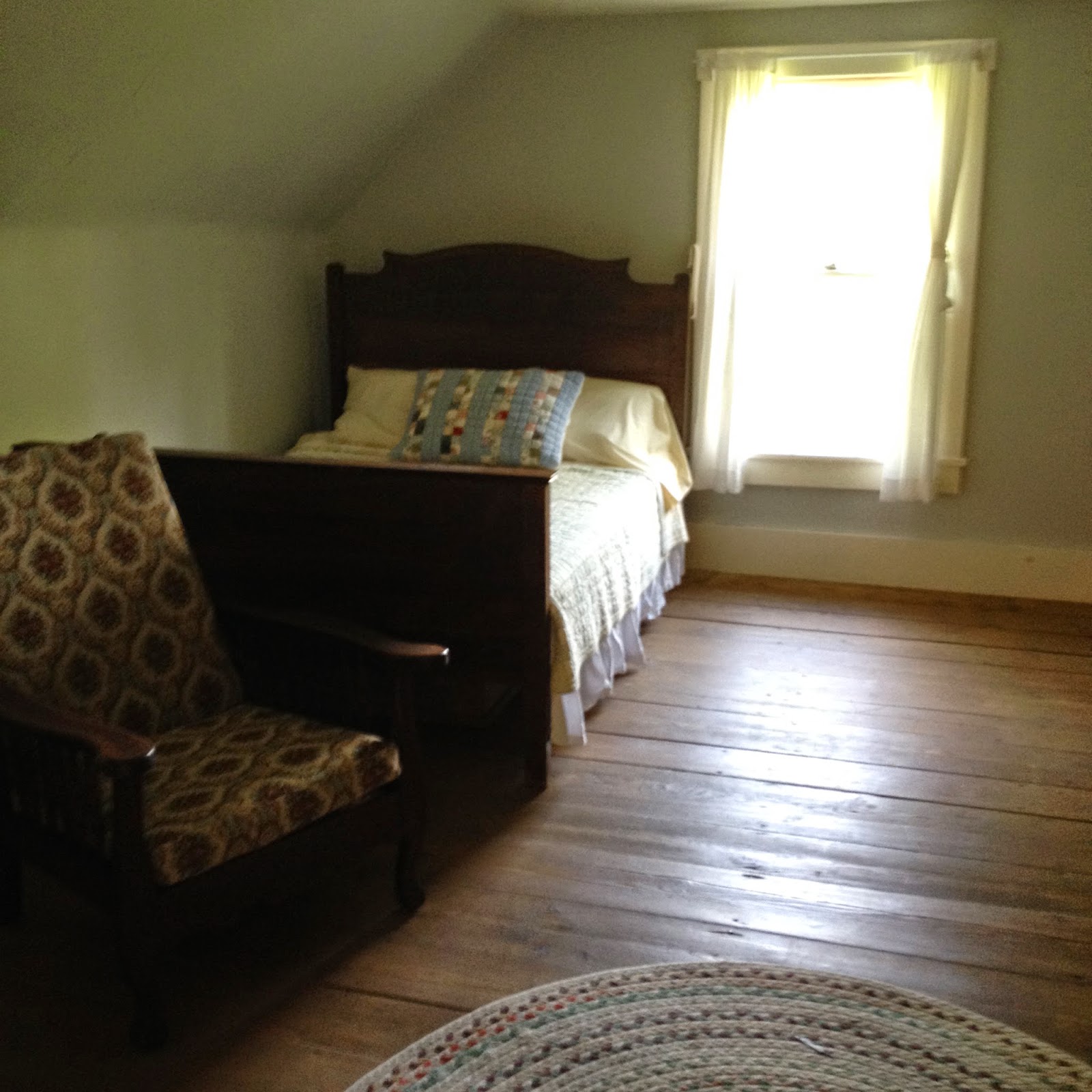 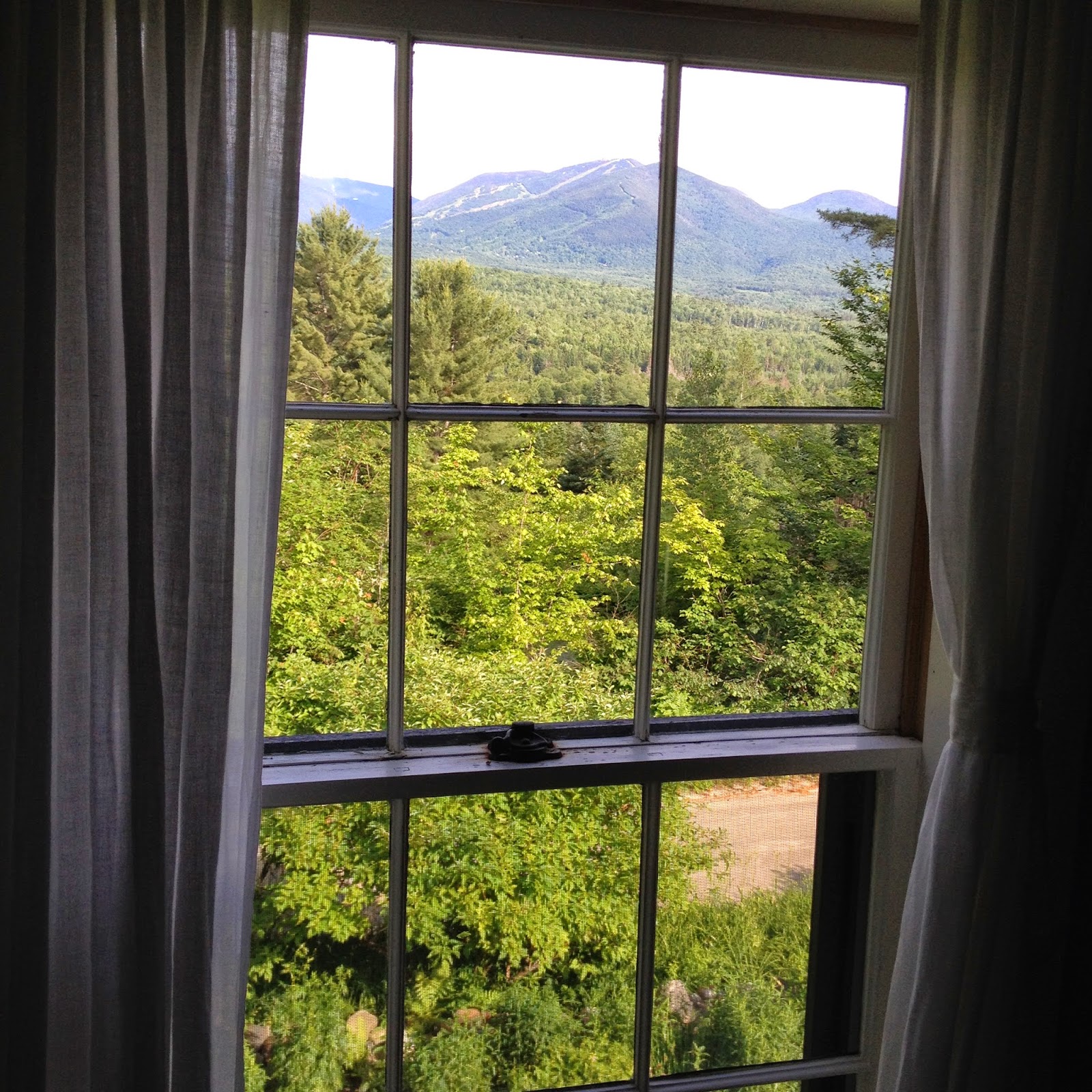 Yet, while I felt Frost’s presence, I kept thinking about my father. And not his presence, but his absence. Frost and my father somehow suddenly seemed like similar characters in my mind. Perhaps because my father introduced me to Frost’s poetry as a child. Perhaps because my father is an old New Hampshire Yankee too, and can, quite fairly, be called a curmudgeon. Perhaps the graying photos of an old guy in sixties style fashions reminded me of my Dad; a thoughtful looking man immersed in reading material, tuning out the rest of the world. Maybe it was the Life Magazine or other artifacts of the twentieth century laying about. Or maybe it really was just his absence. 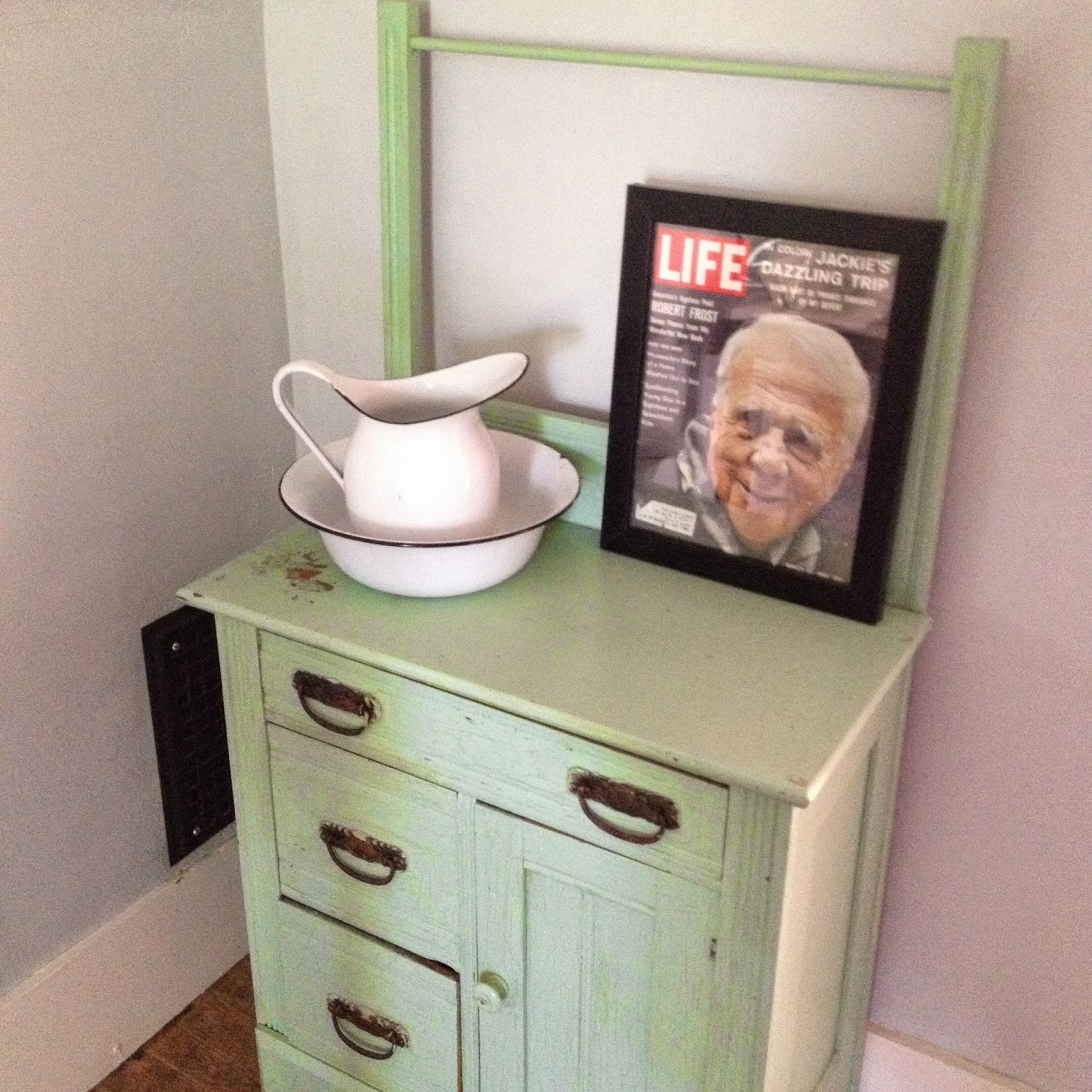 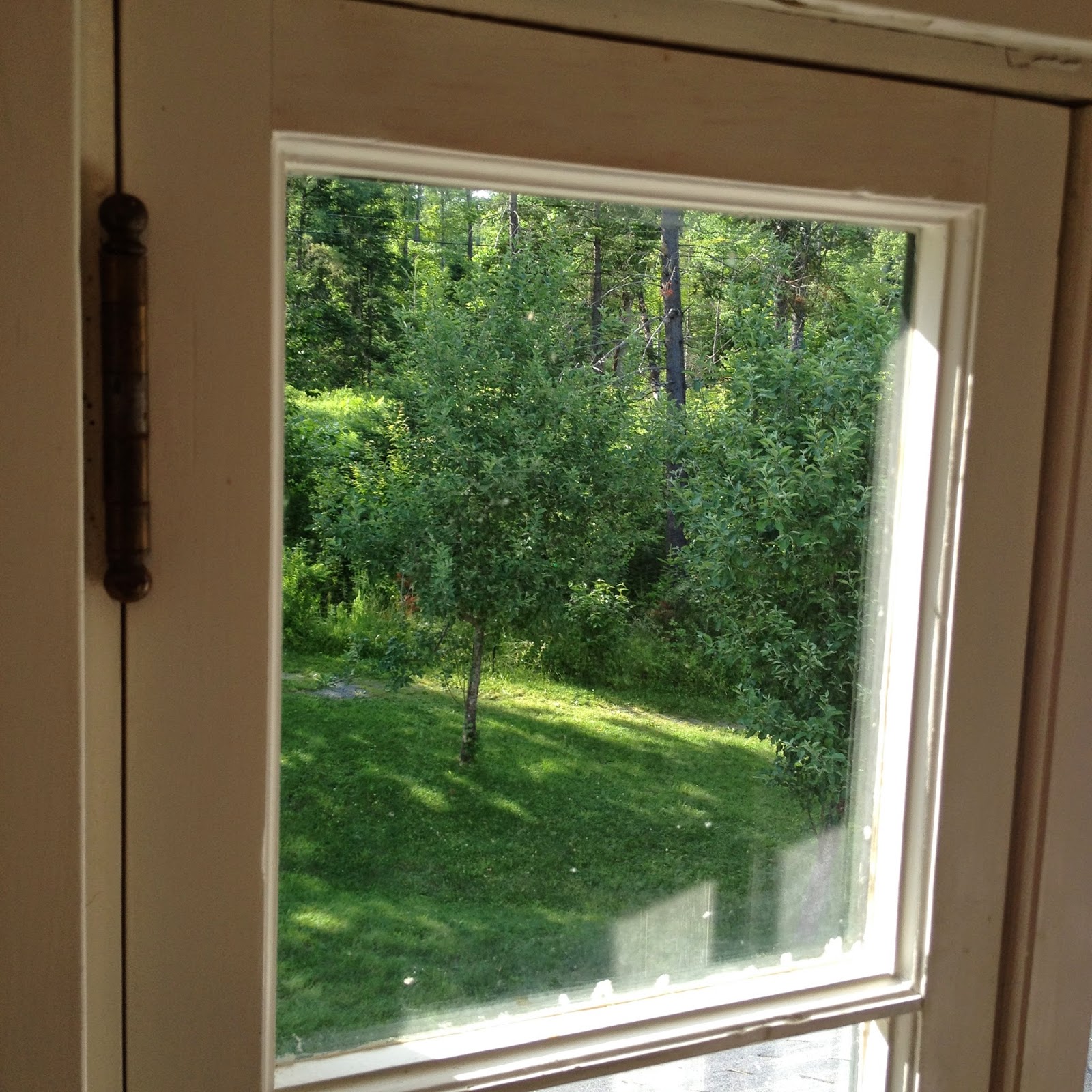 It did feel awkward to be there alone. A poet among strangers. As if I came from a distant land, and was not a native at all. As if I were an orphan. Still, I knew it was just as well. The strangers greeted my work warmly, and several sought me out after to say so. I knew, without question, that all of the poems I had chosen to read in that setting would have offended my father. He not only has shown an unwillingness to consider me a poet, he finds my opinions on most matters, at the very least, irksome. Still it was a little sad. It is quite likely that I will never again in my life have the honor of giving a reading of my work in a more important place, and that no one who knows me was there to bear witness to it did seem to diminish it. 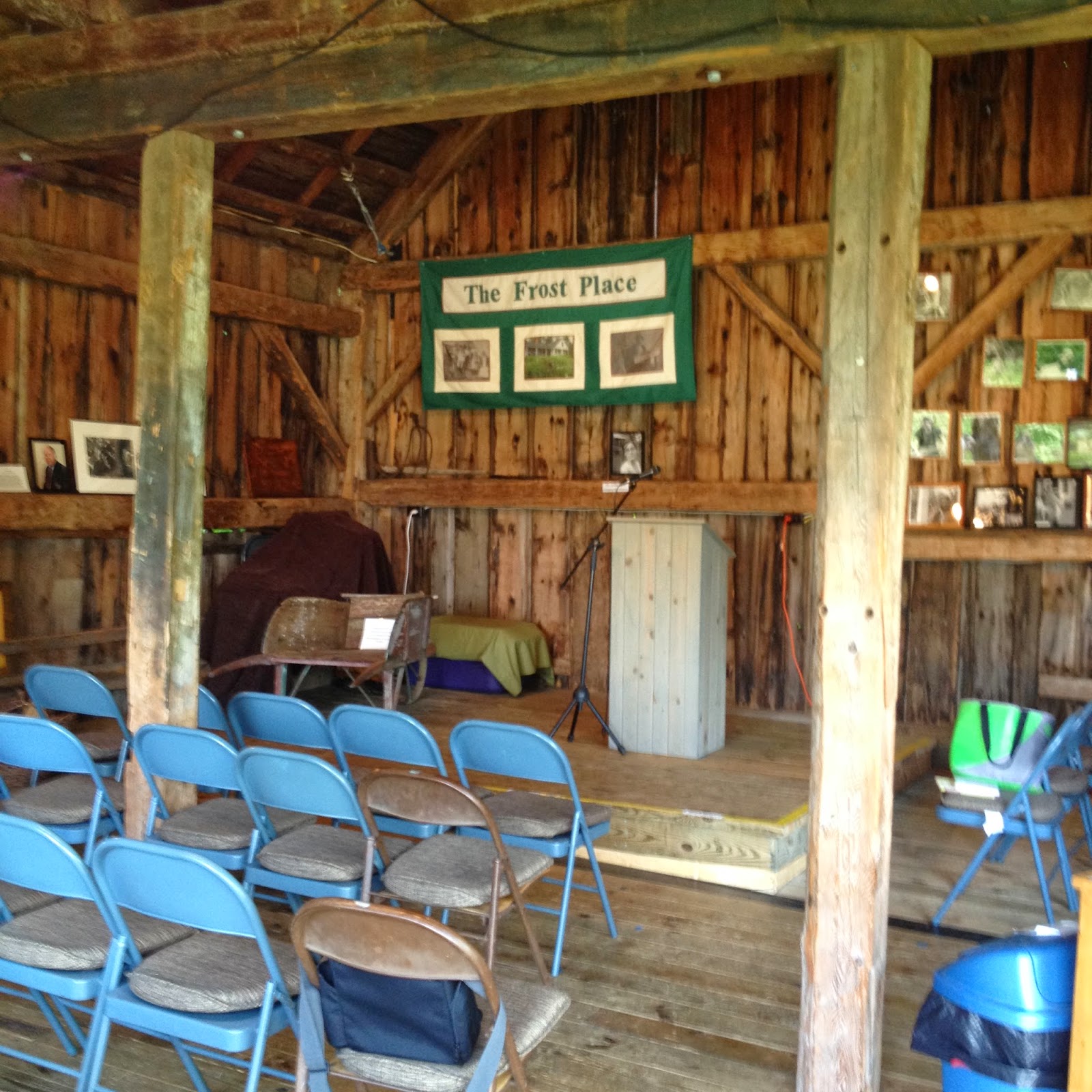 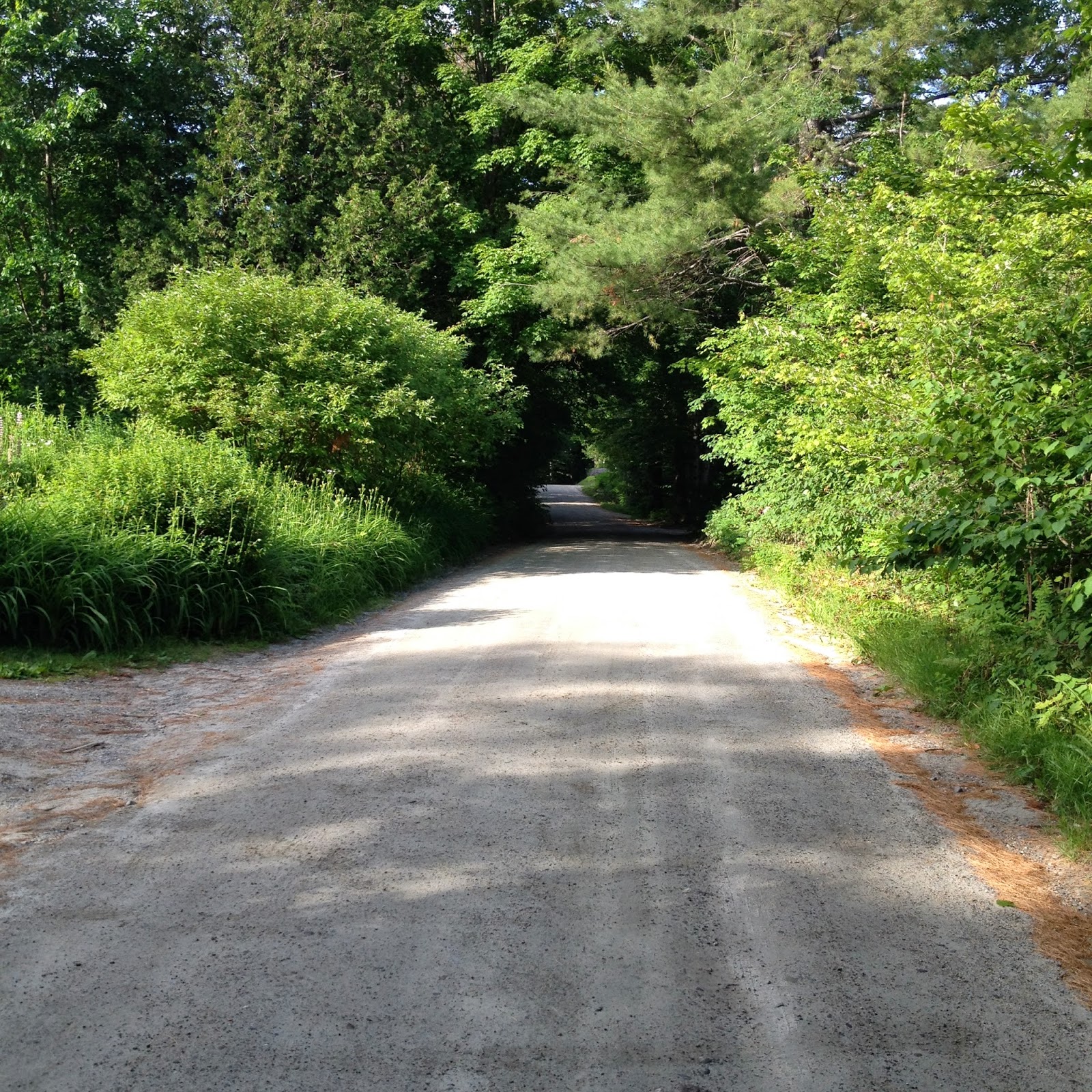 My father will turn 80 in a few weeks. I bought him a book of Frost’s work before I left. He probably won’t ask me where I got it. I probably won’t tell him. On the way back down the mountain I ate dinner in the car so that I could get back to my own daughter as quickly as possible. I had an apple, some candy, and a bottle of water, an old fashioned New Hampshire Yankee dinner. Before I bit into the apple though, I had to polish it to a gleaming shine using my shirt, just the way my father had taught me to do, more than forty years ago.