Playing one of the viral Facebook games this week I was assigned artist Marc Chagall by my friend Steffanie Antonio. While I like much of his work I chose to post the painting he called The Green Fiddler; 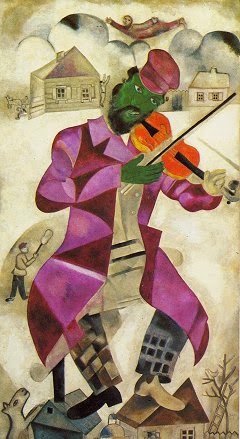 It appealed to me because it reminded me of one of the characters (real people, all) in the novel that I am currently writing. An expert fiddler, by the name of Cuffee Whipple, who was an enslaved African man. He had been owned by Portsmouth's white Whipple family, was emancipated by them around 1780, and made his living as a musician thereafter. He is almost certainly the  musician who provided the entertainment from the balcony at the grand ball held on Vaughn Street in honor of the visit of President George Washington in 1789.
I don't know why Chagall's fiddler is green in the face, but it isn't hard to imagine why Cuffee might have felt that shade.
Since there are no images, not a single one, of our town's black residents from the colonial era, we can only imagine what they looked like. I suspect this Chagall painting is going to influence the way I imagine Cuffee looked from now on.

I have since found this painting Chagall also painted. It has been said that the musical Fiddler on the Roof took its name from this. I really do find them haunting. 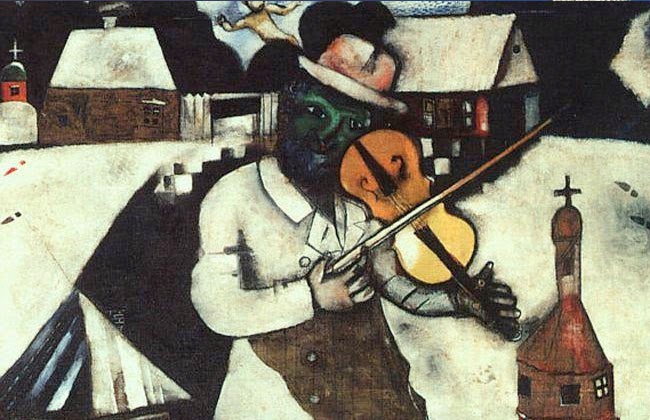