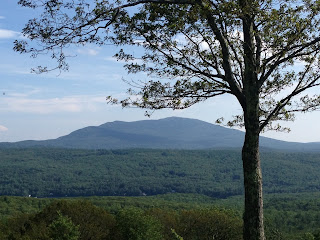 In the eighties I was a struggling college student attending UNH. The first in my family line known to have gone off to college. Since my family goes back to the founding of America, that was a pretty long line. The reason the rest of us hadn't became quite clear. My people have never had much dough, and college, even back then, took a lot of dough. My parents did help me as best they could, and I borrowed money as best I could, at usurious Reagan era rates. But to make ends meet, I worked part time at any kind of work I could get that would allow me to put classes first.
One of those jobs was for a caterer. A rather unscrupulous man, one might call a horse of a different color, who managed to bounce pay checks for thirteen dollars. But I stuck it out for a while. Commuting from my crowded apartment in Dover where passing trains caused my bed to do an Exorcist type of ritual a couple of times a day, I would drive in my shiny green 1978 Plymouth Duster to some breath taking estate on the seacoast of New Hampshire and wearing some God-awful-ugly black and white outfit in the heat of a summer afternoon I would wait on beautiful people who had come to watch a happy young couple celebrate their lavish wedding. Usually under big white tents, candle lit, on expansive rock walled lawns that were never easy to navigate with trays of china and crystal. In my own little invisible way I did what I could to make their day the special treasured memory I knew they wanted. And I used to think, yes like a pathetic little Cinderella, that if I worked hard in school, there would come a day when I wouldn't be the servant anymore. That someday I would be sitting on that side of the table. Smiling, toasting, and not worrying about having enough gas money to make it home. At some low point at one of those summer assignments I vowed to myself that it would be so.
I did have my own special wedding day on the seacoast a few years later. But almost certainly like many of the pretty people whose weddings I had witnessed, things didn't turn out pretty. My husband got sick and died, leaving me with two small children to raise, which I've been busy doing for the last twelve years. That is what wedding vows are all about; to have and to hold, to love and to cherish, from this day forward, til death do us part…
As life would have it I recently found myself atop a stunning New Hampshire mountain, wearing a God-awful-ugly black and white outfit and serving beautiful people at someone else’s wedding celebration. It was infinitely harder than I imagined it was going to be when I agreed to the gig. Physically harder, sure, I am fifty now, and carrying heavy trays for hours is not as easy as it looks. But it was also hard on me emotionally.
I kept going back to my twenty year old self, … so much more hopeful about the beautiful life that she would be rewarded with. So sure that sometime, somewhere, in the future of her blossoming life, it would get soft and easy. Not remotely worried about things actually turning out worse. Never considering radical cell growth or rare tumors or physical agony. Not even able to imagine going to a blacker place where that kind of hope is carefully wrapped up and put away like a bridal veil, too white and virginal for the reality of the day. I was pretty then and think I must have smiled a lot. Probably even giggled. I remember me as sweet and slim and sassy, secure in a world where all the people looking out for me were still alive. I hadn’t thought of those days, or that girl, in a long time. But she has been bugging me a lot lately since I worked the last wedding under another candle lit tent on another beautiful estate.
The truth is, it was terribly hard for me to be in that position again. To be invisible, with men only speaking to me to say things like, “Come on girlfriend, give me a full scoop of salad.” To be in the back, getting dirty, and listening to the fun. Just like when I was young I was most jealous of the dancing, my favorite part of any celebration. This time though, the mature me was less covetous of the idea of an adoring prince charming and a big shiny ring and a happily ever after, and far more envious of the bride’s pre-wedding accomplishments; namely being a successful writer and having launched her children into happy adulthood. These are my own grown woman aspirations, more important to me than just about anything else is anymore, but which I still have not achieved.
There is still in me though, some hope left, that I will. Not the little girl have faith in the universe and wait for it to happen kind of hope I had at twenty, but the big girl have faith in myself and make it happen kind of hope I didn't have. Until now. 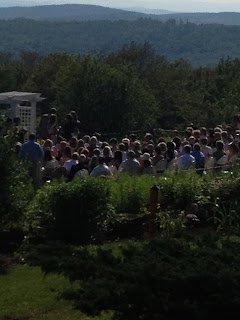