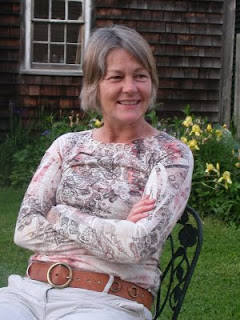 Remembering President George Washington on the Fourth of July
By Tammi J Truax
Ogling old houses is a Portsmouth pastime. It is our way of remembering and respecting our history. Locals love to do it, and visitors come from far and wide to join us. Most folks know of Strawbery Banke, our living history museum, with its many restored houses. Nearby are two that are sometimes mistaken as being part of Strawbery Banke, or overlooked altogether. I had never been inside either one until last week, and I don’t want you to make the same mistake.
They are the Wentworth-Gardner and Tobias Lear houses, adjacent properties on Mechanic and Hunking Streets in Portsmouth’s historic south end. They are among the most important houses to the region both architecturally and historically, and both are in the National Register of Historic Places. Both just happen to have links to our first president, General George Washington. Though quite different from each other both are examples of classic Georgian architecture from the mid-1700’s. Both are well known for hand carved (from local pine) woodwork and other original building features. Local woodworker and board member Allen Breed describes just one of the special features, “It’s hard for a visitor to miss the spectacular spiral openwork newel post at the base of the ornate stairway that fills the front hallway of the Wentworth-Gardner house. This post is one of the jewels in the outstanding interior ornamentation of the house, and considerable time was invested in its construction as an ostentatious statement of the owner’s wealth.”
Built first, in 1740 (when Washington was an eight year old boy), is the Tobias Lear house on Hunking Street. It is a hip-roofed colonial and appears much more modest than the stately Wentworth-Gardner though it is considered a mansion due to its size. There are eight original fireplaces. It was in the front parlor of this house that President George Washington visited his secretary’s mother, Madame Mary Lear, in 1789, where he was served tea while the colonial version of paparazzi gathered in the lane outside.
The Wentworth-Gardner house, built in 1760, gets a great deal more attention, presiding majestically over the back channel as she always has. Originally built as a wedding gift for Thomas Wentworth and his wife Ann Tasker from Marblehead, no expense was spared in its creation, and in fact the house was meant to exhibit the wealth of the well-known Wentworth family. Its two massive chimneys have ten fireplaces, most decorated with hand-painted tiles. The kitchen has a cooking chimney with a beehive oven and built in fan and roasting spit. The third owner of the house was William Gardner, who had been a major in the revolution and worked in Washington’s administration.
When the surrounding neighborhood known as Puddledock went into its lengthy period of decline both houses did too, but escaped serious damage even when rented out as tenant homes. Almost one hundred years ago both were owned for a time by the well known photographer Wallace Nutting, who was instrumental in their restoration. He sold the Wentworth-Gardner house to the NY Metropolitan Museum who owned it for decades with the intention of moving it to Central Park. In time both houses were purchased by the Wentworth-Gardner and Tobias Lear Houses Association, a non-profit organization formed in 1940 that still manages the homes, as well as the sail loft, an eighteenth century warehouse, that is one of the few remaining buildings of its type in the area. For a long time it operated as a sail maker’s shop.
The association seeks new members, as well as volunteers to serve on the board or in helping to maintain and preserve the homes.
Both houses are open to the public for tours until October, Wednesday through Sunday from 12 to 4 PM. Drop in for a tour or attend any of the following special events open to all;
Photography Show 6/15-10/16: featuring works by Wallace Nutting, Geneve Hoffman, and Philip Case Cohen.
Inspired Creations Show 6/26-8/8: Annual art show opens with a fresh selection of artwork created by talented artists and craftspeople and inspired by the Wentworth-Gardner House.
Member & Neighbor Picnic 7/17: Bring a picnic lunch and your family, sit by the river, and enjoy yourselves.
Twilight Tour 8/10: Visit seven historic houses in Portsmouth and enjoy seeing them in a new light. Houses on the tour include the Gov. John Langdon House, Rundlet-May House, John Paul Jones House, Warner House, Moffatt-Ladd House and Wentworth-Gardner and Tobias Lear Houses.
Fairy House Weekend 9/18 & 19: Favored annual event in the south end, see fairy creations around the houses, warehouse, and yards. Bring your own fairy house to add to the gardens!
For more info visit www.wentworthgardnerandlear.org. 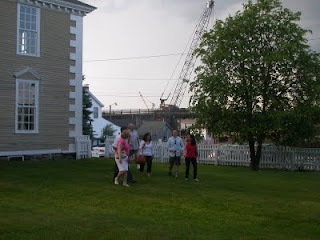